What do butterflies teach: cheap holograms without lasers 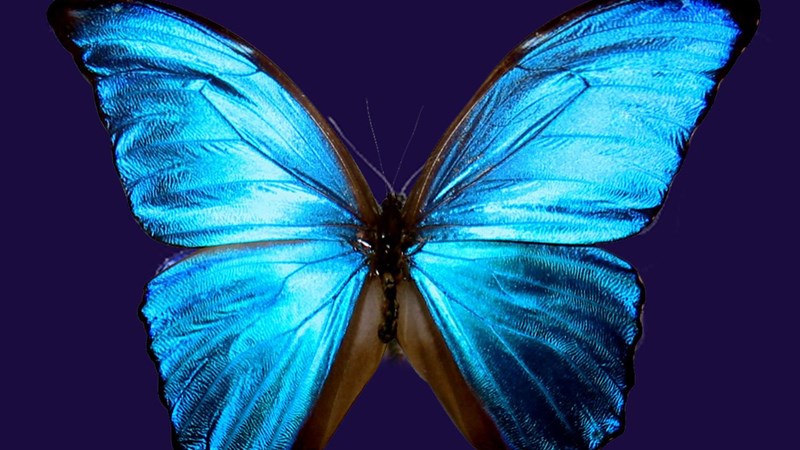 Researchers from the University of Utah (USA) have discovered a way to create extremely low-cost and most of all, non-laser two-and three-dimensional holograms.

Observation and careful study of nature have led to creation of many phenomenal inventions. Animals and plants have mastered many techniques that humanity still dreams of, but scientists do not give up. Another discovery has its origins in the study of the wings of some butterflies' species.

New and extremely cheap method of creating two- and three-dimensional holograms does not require laser light. Just a few layers of plastic and a simple flashlight to create and display colorful, very bright holograms. For what purpose?

This invention may be used in the near future to create more efficient and easier-to-read banknotes and documents such as passports, identity cards, driving licenses, etc. The officials will no longer need a reader, just ordinary white light. The cost of producing such a hologram will not exceed the cost of producing a CD or DVD.

How it's working? It turned out that some species of butterflies use specific nanostructures on their wings. Usually the light incident on an object is reflected only by the colors that we see, the rest is absorbed and simply wasted. 3D Nanostructures redirects unused light waves that bounce off the microscopic hills and valleys, producing intense color images. Such a structure was made of transparent plastic.

Holographic images can be viewed from any angle - all details remain the same as in a true three-dimensional object. Inventors claim that their idea will find a wider use: from glasses to being in virtual reality to cinemas and theaters, not to mention advertising.